Everything Happens for a Reason.

This is a concept that I live by. It helps me deal with everything that has ever happened to me. I feel like life is kind of puzzle and every moment/issue/tragedy/triumph is a piece to the puzzle and has its reason of happening.

It's just weird to sit back and think about the path that has led me to where I am in my life. If you would've told me 10 years ago, I'd be where I am, a stay at home mom, with 3 kids, living in Ellensburg, I would've told you, you were crazy! I don't know exactly what I had imagined my life to be, but this, is definately far from it.

Here is a little story of how I got to be where I am at:

After high school, I was going to go to WSU, be in a sorority and that would be my life. I had been there 2.5 years and then woke up one day and decided I was going to transfer to CWU. I did it immediately. I didn't even tell my parents before I did. Looking back, I believe I did that because if I wouldn't have, I would've never met Travis.

After my transfer to CWU, I met Travis about 5 months later. It wasn't anything, no sparks, just a casual meeting on the front lawn of my friends house. It wasn't until about 6 months later we started to become friends. Just friends. He'd come over, watch "Tempatation Island" with some friends, we'd cook dinner, and just hang out. Still nothing. At the time, I was dating someone else and so was he. We were still just friends.

Then Spring came along. I met Alison. Alison and I immediately were unseperable. We clicked. I had been at CWU about a year and I had met friends, but none that I would consider to be a "best" friend and I didn't really care. I just kinda went about my business. Our friendship was the beginning to one of the most fun times in my life. We had fun. Too much fun. We were crazy and it was the BEST! She was and still is, one of the most important people in my life.

Then, it wasn't until that October, we were out one night and it just clicked with Travis. That was it. I loved him. We started dating about a month later in November and I loved him immediately. We were never apart unless we were in class. The best part to this story, was that Alison, whom I lived with and was my BFF, starting dating Travis's BFF and roomate Brian. It was one of the best times. We had so much fun. I actually don't think Travis and I went out on a date alone for months, we were always with Brian and Alison. I loved it. I was the brave one and actually told Travis that I loved him first. Crazy...I know, but I knew it. So, that is how we started dating. Oh, and I remember telling my friend that I would NEVER date a Ellensburg local (because she was) and look at me now....I AM a Ellensburg local and on top of it...I am a Gibson. The epitomy of Ellensburg local.

October 2, 2004 we got married. It was a perfect day for a wedding and the wedding, to me, was perfect. We lived in Woodinville and I figured we'd live there forever and that would be our life. Then in 2006, Travis got a really random job opportunity to work for a custom home builder in Cle Elum building homes in Suncadia. We didn't really hesitate and immediately decided to move back to Ellensburg. I got a job working from home and we bought a house and we moved.

Travis and I talked about having kids, but it's a whole different story of when you start talking about kids, to actually having kids. October of 2006, I had a miscarriage. We weren't trying to get pregnant, so it came to us as a surprise. We had a trip planned to Rome that December and looking back, everything happens for a reason and there was a reason why that pregnancy didn't happen. Because that June, is when I got pregnant with the twins. How crazy is that? To suffer a miscarriage and then to get pregnant again with twins? We were blessed. I had such a easy pregnancy and both kids are so perfect and healthy.

It was always planned that I would stay at home. Travis wanted me to be at home and paying for newborn childcare x2, is expensive. So, while I was pregnant with twins and planning on not working, Travis thought it'd be a great idea to quit his job and start his own company while we are on the brink of a recession. Smart thinking, right? Well, it was the best idea ever, because now he has his own company and has been amazingly successful, even during the darkest economy. I am so proud of him. I am proud of our family. We've had some bumps and bruises along the way, but reflecting back, everything happens for a reason. If my life had been altered in the smallest way, I don't know if I'd be where I am at. I am grateful. I am happy. I also feel like a fat cow and I want this baby out!!!!!!!!!!!!!!!!!!!

Such a cool story...... You are so blessed! Wishing you the best with your new little one!

I LOVE everything about your story!!!! xoxo 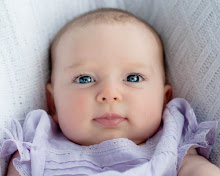 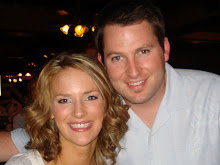